The Rise of Aluminum Welding in the Auto Industry 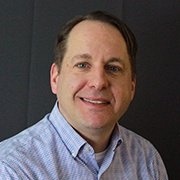 The drive to make vehicles lighter and more efficient while retaining durability and usefulness has led to a push to increase the use of aluminum in the building of vehicles, more so than ever before. While aluminum has been a key material in vehicle production for nearly a century, recent changes by major car makers such as General Motors and Ford have really increased the use of it.

The Advantages of Aluminum

The strength of aluminum in comparison to its weight allows for a massive weight reduction in the new Ford F-150 series, resulting in a truck that weighs 700 pounds less than the previous version. This allows for the use of smaller, more fuel efficient engines without sacrificing towing or hauling capabilities. Aluminum also helps to improve crash performance, and by utilizing advanced welding, stamping, and adhesive processes, can also help to reduce noise.

Another advantage is that aluminum is one of the easiest and fastest materials to recycle, and it is infinitely recyclable. This allows scrap material created through the stamping process to be returned to the manufacturer in a closed-loop supply chain. This not only saves resources, but saves production cost as well.

Of course, such a drastic shift in the materials used in vehicles requires changes to the manufacturing process. Obstacles exist when introducing aluminum processes into an automotive production. Since the metal itself is thinner and lower gauge, things like metal stamping is more difficult to do, and joining techniques require different processes and technologies steel does not demand. The margin for error when using aluminum is far, far more pronounced.

An old saying in the engineering and automotive world is “never use a screw where a spot weld will do.” While some manufacturers such as Ford are spending the money to completely retool assembly plants to fasten their aluminum pieces with rivets and industrial adhesive, GM has taken a different route.

By modifying current production lines, and bringing in new equipment to support the integration of a new metal, GM has adapted their existing robots and welding guns to weld aluminum by adding coolant lines to keep temperatures lower, and by using copper caps that help to disrupt the oxide on the surface of the aluminum, creating stronger welds. This leads to saving on the capital investment while also preventing down-time, plus the safety and security of welds that are more reliable than a screw or rivet.

ABICOR BINZEL was one of those firms that helped GM in the introduction of new laser equipment to help them integrate aluminum into their production operation. As part of the team that brought the process to GM, we likewise leveraged both the technical expertise of GM and our own product specialists to determine the best solution for bringing the tactile seam tracking process to play.

The ALO3 Laser Brazing system, which tracks the weld seam by measuring input from the aluminum fill wire, allowed for a precise and repeatable aluminum weld.

With the spot-to-wire aligned being so critical in aluminum compared to steel because the difference goes from millimeters to 10ths of a millimeter, it’s critical to have the correct setup and process control.