The Atlantic Says Welding Won't Make You Rich. Are They Right? 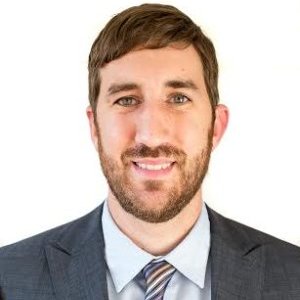 When I read this article from The Atlantic last week on welding salaries and the posits of people proclaiming over the last few years that welders can make $150,000 USD a year, I remembered the countless Instagram and Facebook memes I see claiming similar promises of comfortable lifestyles by getting into one of the more admirable and skilled trades professions out there, and all the welders commenting about that decidedly not being the case.

The Atlantic article is a great read worth giving the 10 minutes of your time to check out and judge for yourself, but the article revolves largely around profiling a young man in vocational school in North Carolina named Orry who is struggling with debt from earning his welding technology degree, a difficult family circumstance, and the irony that for many wanting to get into the welding profession, you do still need oftentimes to get a welding certificate or welding degree of some kind to break in, which means incurring debt to do so. And after that, the high floor of a career in welding is realized instantly, but often the ceiling is much lower than some assume.

Most welders aren't going to make $150,000 per year, or be able to use the 30,000+ Followers they have on Instagram to land an ESAB Elite sponsorship and get outfitted with equipment to help boost their earnings and profit off their Influencer status. For the overwhelming majority it's going to be checking job listings and looking at the best hourly rates and benefits closest to where they live, and making the best out of that opportunity.

The American Welding Society posted in 2015 the national average for welder salaries was $17.81 per hour, with the only median salaries exceeding $30 an hour being in Alaska and Hawaii. All told that comes to an annual salary of just under $37,000 USD. The Bureau of Labor and Statistics noted in 2018 that the median salary is just north of $41,000 USD, with a positive job outlook over the next decade.

Even in Canada, where welders generally are thought to make a little more, the average salary for one comes in at $23.75 an hour according to Indeed Canada, which is over $49,000 per year. But looking at the welder job listings on Indeed, there are also several companies offering positions for over $40 per hour.

Likewise, none of these salaries project things like overtime or double time work, which in manufacturing booms can boost your salary significantly.

It's important to note that factors like where you're willing to work, what processes you specialize in, your certification level, and your skill level can all have major impact on that salary. If you get into Underwater Welding, for instance, you are certain to find yourself making over $100,000 per year (and sometimes up to that $150,000). If you are working in the Permian Basin area of Texas doing welding on the oil rigs, or traveling up north to Canada to do rig welding in Western Canada, you can certainly be in that top 5% of welder salaries in North America.

For the rest of us, a salary of $41,000 for welding is a paycheck that can be lived on, even with a welding school debt to pay. And what's more important to know is these welding technology degrees are starting points, not the end point of your career. For so many in the welding profession, they have found themselves taking that first step in the welding profession with these trade school certificates and using it as a springboard into other manufacturing professions like Foreman, Production Manager, or Welding Engineer, jobs that can earn you up to $80,000 USD a year.

Like any degree, from the often derided liberal arts degree to the mythical wealth-inducing welding technology certificate, these pieces of paper you earn and in-debt yourself to possess don't promise you anything. After getting it, the real work begins, and the aptitude you show at your job and the appetite to learn more skills as you gain experience and master the basics of the job will be what gets you more opportunity, more responsibility, and ultimately, a more comfortable paycheck to support yourself and your family while laying a foundation in place.